When one’s safety is threatened, oftentimes a panic attack may occur. It is described as having an extreme fear and overall perception of imminent threat. Panic attacks are usually associated with Panic Disorder, a serious mental illness that displays the same signs and symptoms.

Panic disorders may also manifest in other psychological disorders and can result in physical illnesses such as hyperthyroidism, hypoglycemia, and asthma. People with panic attacks usually have issues and radical changes in their everyday life as they feel sudden attacks. Here are 10 common signs and symptoms of panic attack.

Heart palpitation is a medical condition where a patient encounters ectopic or irregular heartbeats that are usually faster than normal. This is probably the most common symptom of having a panic attack. However, it is a non-specific one since the same can also be experienced in heart attacks and pre-stroke. Heart palpitations due to panic attacks do not usually mean that there is something wrong with the heart.

When under pressure or when a flight or fight response is activated, our heart tend to beat more rapidly than usual. If your heart palpitations do not have a known underlying cause, you may be at risk of having panic attacks. 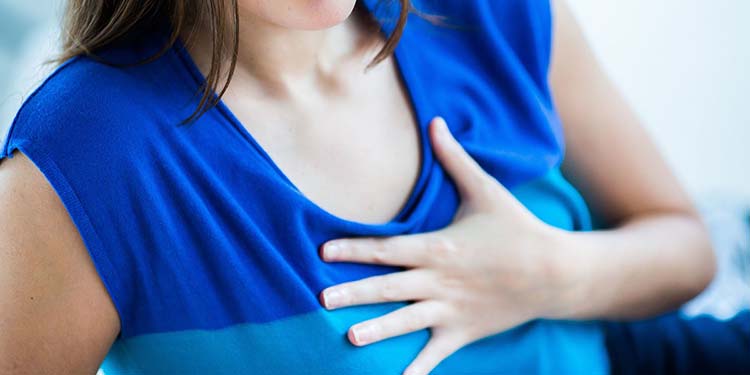