Our bodies have their own defense units to combat infections, bacteria, or viruses that may cause harm to us. This defense unit is known as the immune system. One important part of this system is lymphocytes, a kind of cell that fights and helps eliminate damaging organisms in the body.

When an abnormal production of lymphocytes happens, a health issue know as lymphoma develops. It is a type of cancer that can be classified into two types – Hodgkin and non-Hodgkin. Hodgkin lymphoma usually affects the upper parts of the body wherein non-Hodgkin may have an impact anywhere in the body. People who have weak immune systems or immunodeficiency diseases are at a higher risk of developing lymphoma, early detection and treatment are crucial. Here are the most common signs and symptoms of non-Hodgkin lymphoma.

We have several lymph nodes that are scattered throughout the body. The most commonly known locations where lymph nodes are located are underarms, groin, and neck. Lymph nodes produce lymphocytes and are usually affected when lymphoma is present. As the lymph nodes overproduce abnormal cells, it gets full and manifests through inflammation and swelling of the affected area.

Patients characterize this symptom by having a lump or bump underneath the skin. Though most lumps are painless, if not treated properly, it may become malignant and harmful. If you notice a bump on your skin without any known reason, it may be due to enlarged lymph nodes due to non-Hodgkin lymphoma. 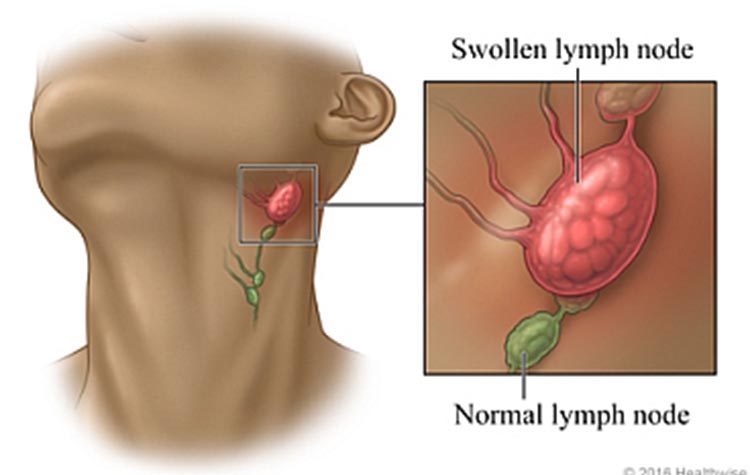