Lyme disease is common in people living near wooded or grassy areas. That is because the disease develop as a result of the bacteria coming from a deer tick which are transmitted to humans through saliva.

A person will contract Lyme disease after getting bitten by an infected deer tick. The bites will lead to the development of tiny red bumps. However, having these bumps does not necessarily indicate the presence of Lyme disease. The tick must feed to its host for at least 36 hours before the patient develops the disease.

Here are the 10 most common signs and symptoms of Lyme disease.

One of the first signs of Lyme disease is the development of rashes that will appear anywhere from 3 days to a month after the patient is bitten. In most cases, the rashes will appear after a week of getting bitten.

Eventually, the redness will expand up to a foot in diameter. When the bumps start to enlarge, the rashes will begin to fade in the middle and will develop into an image similar to a bull-eyes target. Although some patients will not show any symptoms of Lyme disease, almost 80% of the people who got infected will develop rashes. 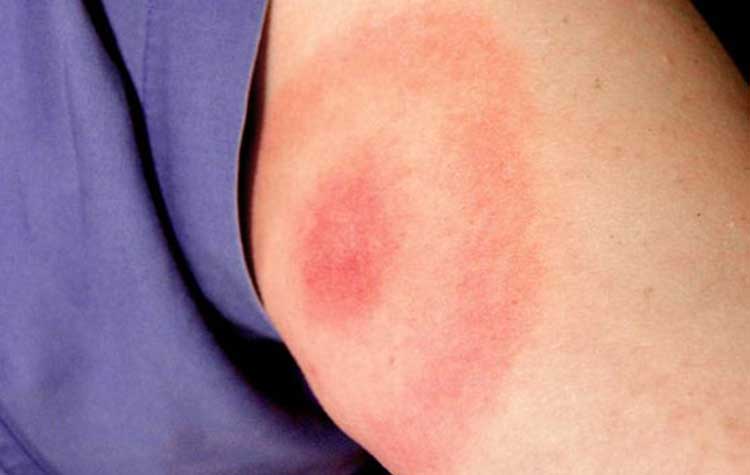